The Language You Cry In 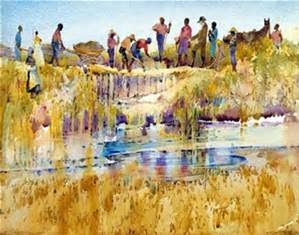 African ties to the historic Lowcountry rice culture will be explored in a documentary, The Language You Cry in, at Dinner & a Lecture, hosted by Historic Beaufort Foundation, next Monday, January 23rd at the Verdier House, 801 Bay Street.

The film is a scholarly detective story that traces the song brought by slaves to the rice plantations back to its origins in Sierra Leone In the 1990s, anthropologists and musicologists traced an African-American nursery song recorded in the 1930s to its roots in Sierra Leone, where it had been a burial hymn for centuries. South Carolina and Georgia descendants of the enslaved Africans were among those who eventually made the pilgrimage to hear the song sung again among native Africans from the Mende tribe.

Reservations for the discounted Saltus’ River Grill Menu may be made by calling Saltus at843-379-3474.

See what our visitors love about the
SOUTH CAROLINA LOWCOUNTRY

Use the #hashtag #sclowcountry to get your image featured!

The Lowcountry & Resort Islands Region of South Carolina includes the four, southern-most counties in the state, Beaufort, Jasper, Hampton, and Colleton, which are bordered on the east by the Atlantic Ocean and on the west by the Savannah River and the state of Georgia.

The South Carolina Lowcountry Guidebook is filled with many things to see and do in the beautiful Lowcountry of South Carolina. Please fill out the information and we will send you a FREE GUIDE BOOK.

Stay Up To Date